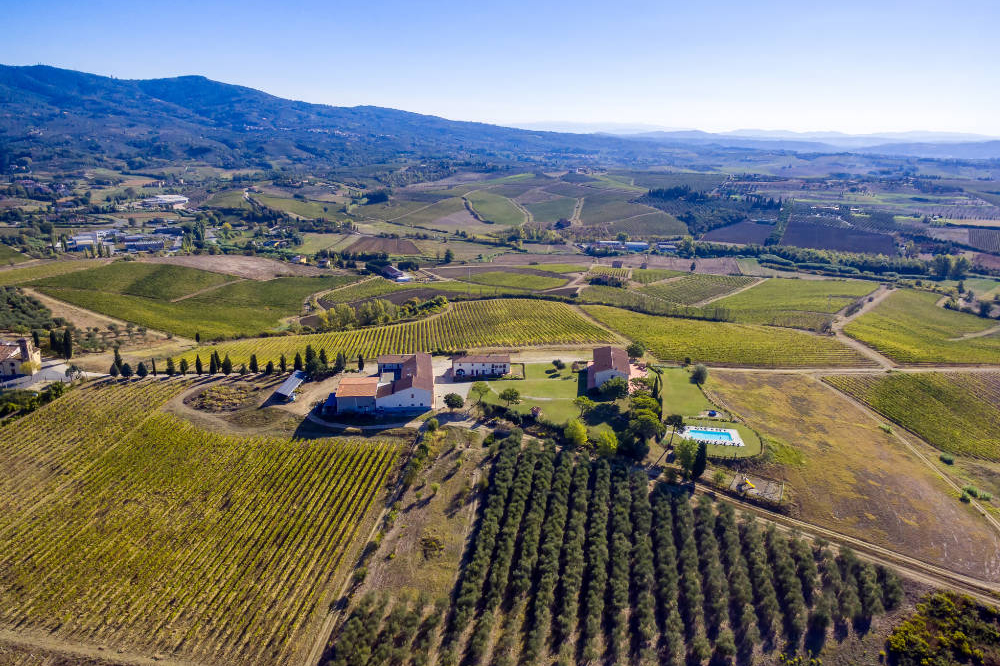 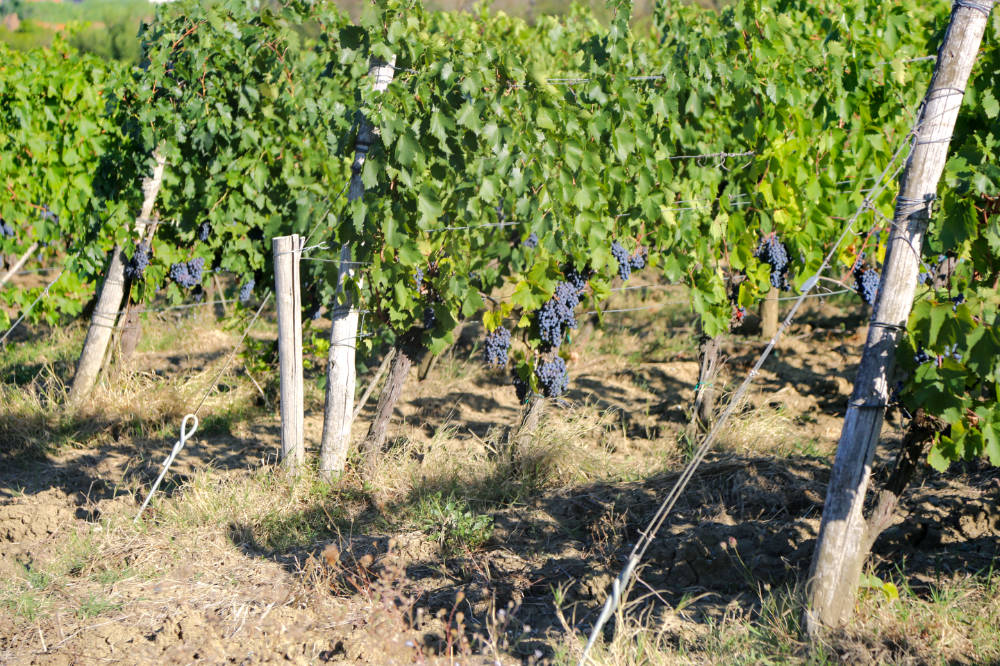 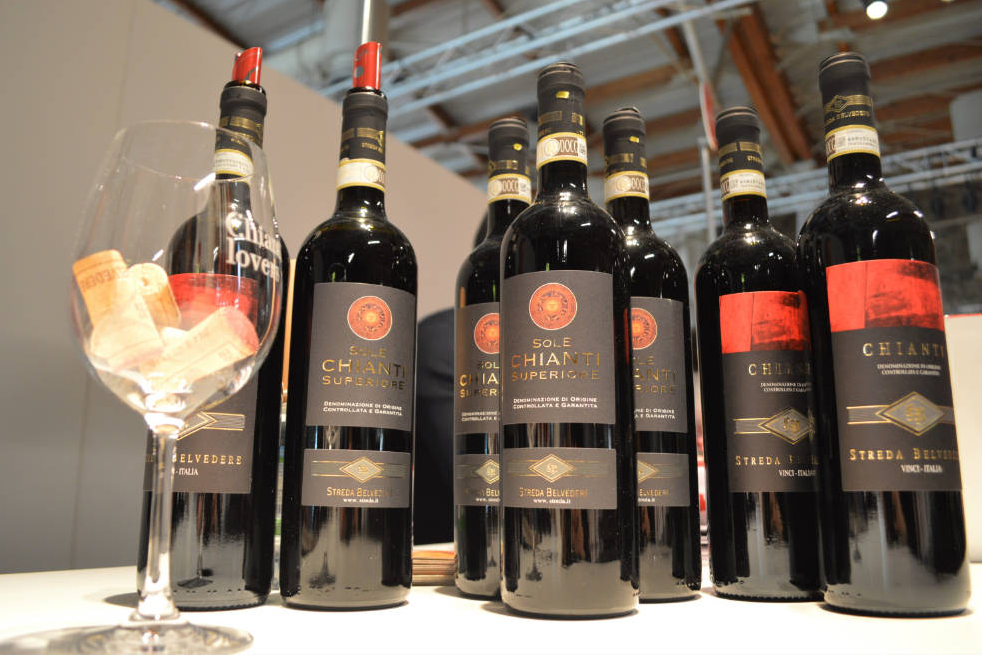 The Streda Belvedere farm was born from the passion for our most precious heritage: the hectares of fertile land, custodians of history, beauty and millenary peasant traditions. For many years, the owner Claudio Lenzi has renewed his family’s commitment to this magnificent farm, concretizing the profound agricultural vocation of this territory in a single reality. Landscape restoration, biodiversity protection and enhancement of quality wine and oil production are the basis of our choice to operate in full respect of the principles of agricultural traditions. The vineyards, olive groves and arable land that give shape to the rural landscape of the farm are still distributed according to the ancient agrarian knit, keeping faith with the knowledge of the past and renewing them with the constant desire to improve ourselves and to share with our guests the precious fruits of our land.

The vinification takes place mainly in steel tanks specially built at controlled temperature followed by an oxidative phase with maturation in small, medium toasted oak barrels, up to bottling with glass resting for final refinement.

Already since XII, XIII, and XV century Antonio da Vinci, grandfather of the Master Leonardo da Vinci, declares 16 barrels of wine produced on its land along the Streda torrent, and in the one adjacent to the Fossato di Vinci which works “by his hand “. Today, taking up those ancient traditions, in Streda we produce wines that have all the best characteristics typical of Tuscan wines.

discover our wine
have a tasting
stay with us in streda 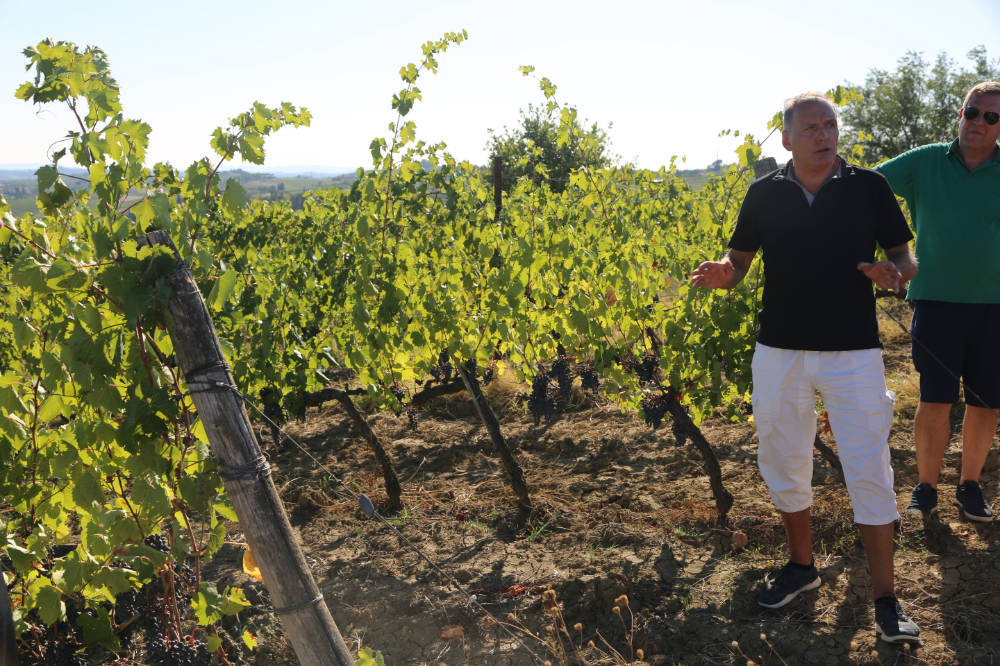 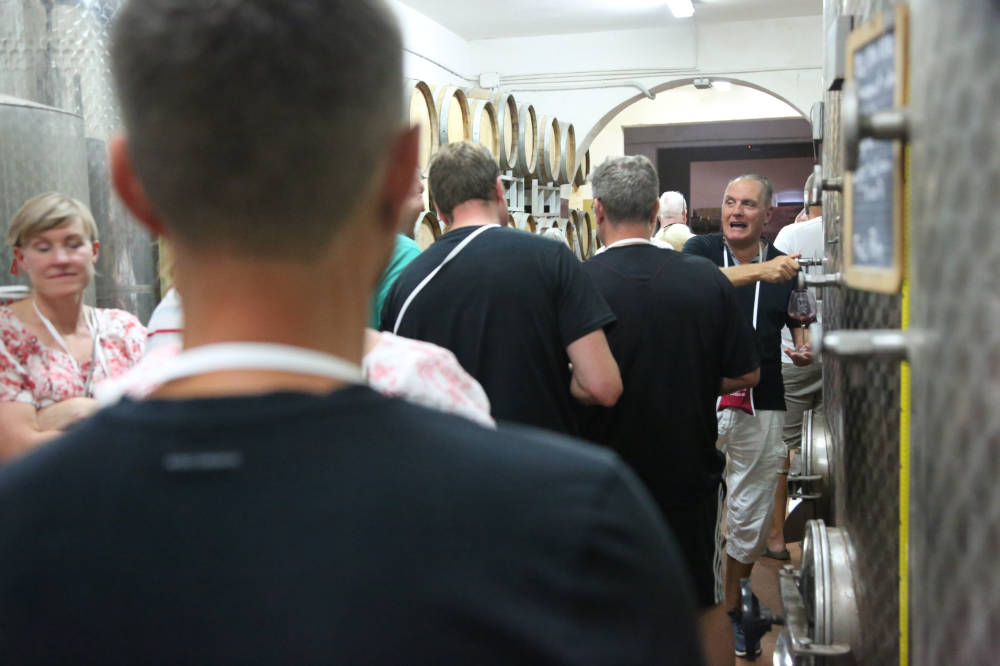 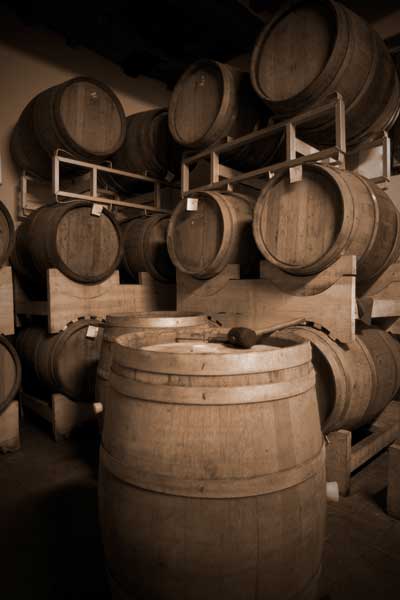 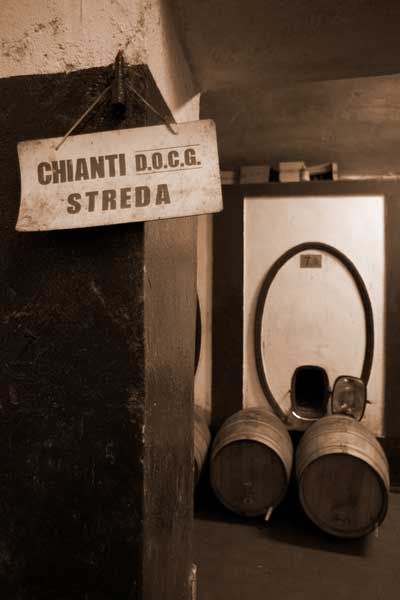 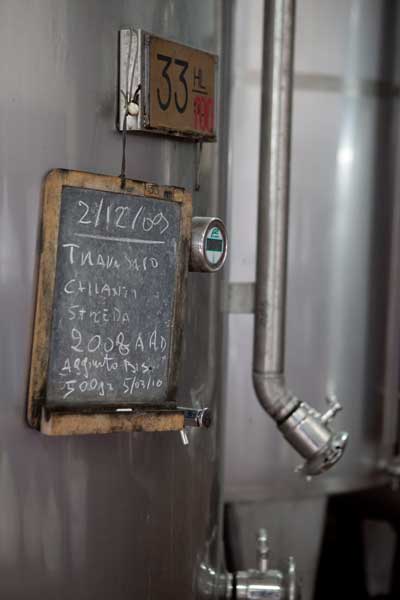 The extra virgin olive oil PGI Streda Belvedere Vinci-Tuscany is the result of pure tradition. An oil for those who love typical fragrances, produced in limited quantities, comes from the Moraiole, Leccine and Frantoian olives typical of the Montalbano hills, picked and immediately pressed to not lose their aromas and flavors. An ancient healthy tradition also due to the presence of polyphenols that make the oil particularly suitable for feeding children, for the most characteristic and renowned gastronomic specialties, and even in aesthetic treatments. The typicality of the Streda Belvedere Vinci-Tuscany PGI Oil derives from a set of factors including the uniqueness of the land of origin, the climate and the particular geological composition of the soil. Thus was born an oil with unique organoleptic characteristics inimitable in origin and typicality with a color from green to yellow, with chromatic variation over time, a fruity smell accompanied by a hint of almond and ripe fruit. The IGP certification certifies that all the production phases, from the cultivation and collection of the olives to their crushing to the bottling, take place exclusively in our territory in Tuscany and that the chemical-physical and organoleptic qualities of the product respect the parameters set by the strict disciplinary of production.

discover our oil
have a tasting
stay with us in streda 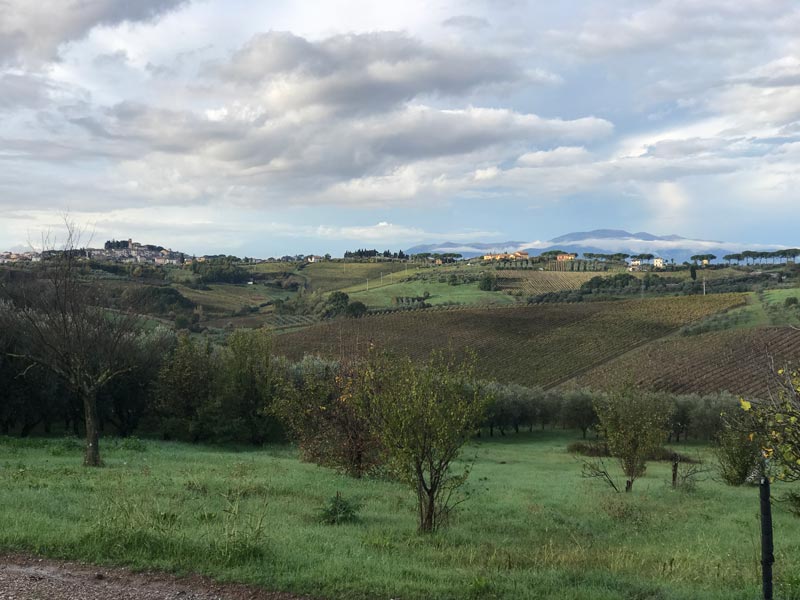 Streda Belvedere is located a few minutes from Vinci, the birthplace of Leonardo Da Vinci, a man of talent and universal talent of the Renaissance. The city of Vinci is little more than a village developed around the medieval castle of the Counts Guidi and dominated by the tower which constitutes a characterizing element in the hilly landscape. The central core of the fortress, restored in 1940, has housed the rooms of the Leonardian Museum since 1953 which, rearranged in 1986 and 2004, displays a large collection of machine models based on Leonardo’s drawings and sketches. It also preserves a glazed terracotta from the Bottega di Giovanni della Robbia. It is closely connected with the Palazzina Uzielli and with the Leonardian Library, which constitutes an important documentation center for studies on Leonardo. Since 1993, the Ideal Leonardo Da Vinci Museum has been open to the public in the evocative spaces of the underground gallery and in the ancient cellars of the Castello di Vinci.

It is the first museum in the world that deals with the complexity of Leonardo artist, scientist, inventor and designerin relation to his biography, its territories and its relevance, with ancient originals (paintings from Leonardo’s workshop, engravings and finds). Over sixty models recently artfully reconstructed from Leonardo’s projects (some functional, others workable) and wonders of Leonardism (from vintage memorabilia to works by modern artists including Duchamp) …

Visitors to the Ideal Museum will be able to access (from via Collinare to the gates of Vinci) the nascent “Leonardo’s Garden” and enter the “Labirinto dei Vinci”, (1,500 trees and a path of 740 meters) as well as walk the “infinite knot” and the “Path of different trees and flowers”. the garden of the senses, secrets, cosmologies and discovery, as an open-air section of the Ideal Museum and theme park.

Within the castle walls there is the Church of Santa Croce, of medieval origin but restored in the neo-Renaissance style in the first half of the twentieth century, where Leonardo was baptized in April 1452. It contains the “Baptismal Font” recomposed in 1952, the fifth centenary of the artist-scientist’s birth, and some paintings from the 18th and 17th centuries. At the end of the present Via Giovanni XXIII stands the 17th century Sanctuary of SS. Annunziata, with a large altarpiece attributed to Fra ‘Paolino da Pistoia: an “Annunciation” from the early 16th century. On the suggestive hills of Anchiano, two kilometers from Vinci, there is a rural construction (restored in 1952 and 1986) which a tradition identifies with Leonardo’s birthplace. A few kilometers from Vinci, in Sant’Ansano, there is the three-nave Romanesque church of S. Giovanni Battista in Greti, which still preserves the carved medieval capitals and a masterpiece by Rutilio Manetti, one of the masters of Sienese painting of the seventeenth century. Vinci is the ideal place to discover Leonardo’s works, art and spirit, and has become a real point of reference for all fans of the Renaissance genius.

Streda, the road between Vinci and Cerreto Guidi

Thanks to Leonardo Da Vinci we possess one of the oldest maps that depicts the area between the Streda and Vincio creek. Ancient prehistoric populations lived here, but it was the Roman importance that characterized the Val di Streda. San Bartolomeo di Stradona was one of the Romanesque churches built after the year 1000.

The historical documents date back the first news of the church to the 13th century, coeval with the Castle of Vinci, as indeed the nearby church of San Pantaleo, the toponym indicates the existence of a road, probably very ancient, perhaps even Roman that crossed the small village. Other neighboring toponyms confirm the existence of this important road artery, well before the year 1000, of which, however, traces seem to have been lost. Streda was therefore in a nerve center for trade and the passage of people (perhaps also pilgrims) who from Pistoia and Montalbano headed for San Miniato and Valdelsa.

Campo Streda was owned by the Guidi family until 1254, when the property was transferred to the Municipality of Florence. In the Statutes and reforms of the Municipality of Vinci, the importance of the Church of San Bartolomeo is evident, the latter preserving one of the four keys of the crates in which “the bags” were enclosed with the names of those who participated in the election of public offices.

A map of the Guelfi captains of the second half of the sixteenth century depicts and describes the streets and buildings, few units but of great historical interest, of that “people” of Santa Maria a Streda in which in the fifteenth century, the notary also had possessions Piero Da Vinci, father of the great Leonardo. Local history identifies Bartolomeo as an important name for city stories. The memory then goes back to that Bartolomeo di Domenico Santini who with his testamentary bequest in 1615 made it possible to embellish the construction of the first oratory, called dell’Assunta, in Vinci. Perhaps it also induced the arrival of the famous effigy of the Annunciation which eventually changed its title. With its testamentary legacies, in any case, the church – today of the SS. Annunziata – finally had his first chaplain, Leone Micheletti, or the parish priest of San Bartolomeo a Streda (to whom Santini had left some substances), who every Wednesday from Streda went to Vinci and called to the sound of a “bell” population in the holy uffizi (see A. Mazzanti, the small Sanctuary of the Madonna in Vinci Fiorentino, 1924). The custom of the parish priest of San Bartolomeno in Streda to celebrate in the Sanctuary of Vinci lasted until the 20th century, that is, until the last titular parish priest.

The state of the church of San Bartolomeo in Streda is today very precarious, despite having been in the past a church full of patronage. Some Da Vinci even lived in this people. New roads linking Vinci to Cerreto Guidi have arisen more distant, leaving San Bartolomeo a Streda, at the top of its hill in aristocratic, as decadent, solitude. There seems to be no trace of the ancient road.

The local cult of San Bartolomeo, from antiquity in the municipality of Vinci albeit in an ecclesiastical context under the Diocese of Lucca, first, and San Miniato, then, allows us to identify for the territory and peoples of reference ancient origins compared to the entire territory municipal, with points of contact and analogy with the other Pistoia side of Montalbano.

Every August 24 in the countryside, the locals keep remembering. 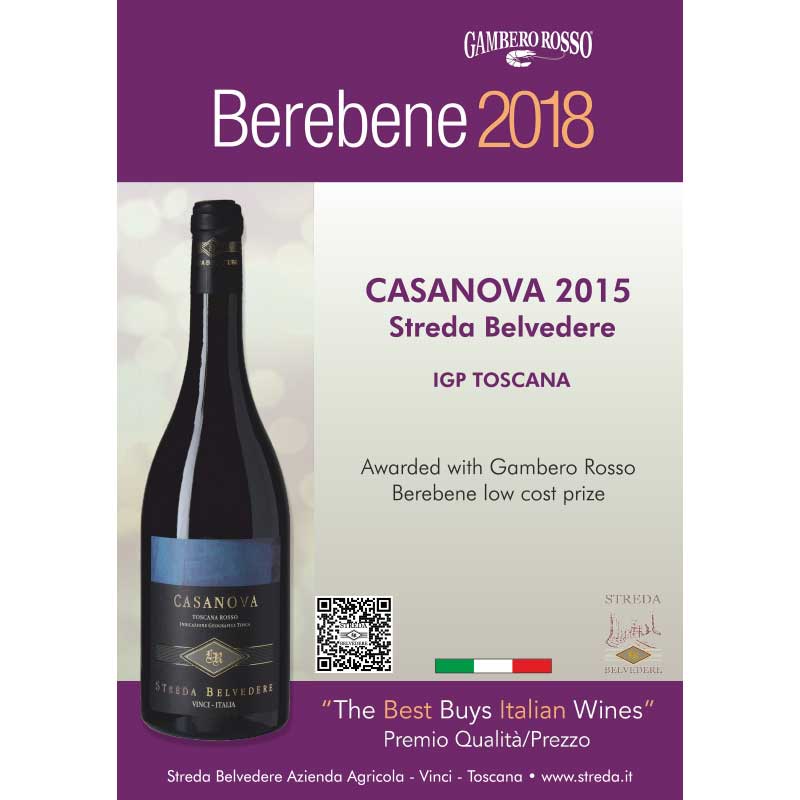 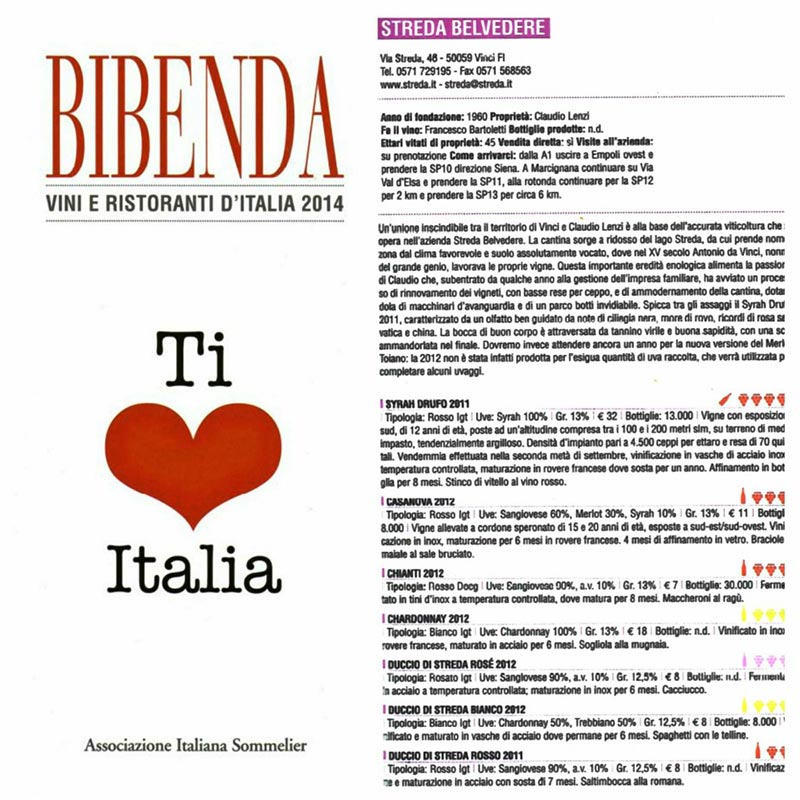 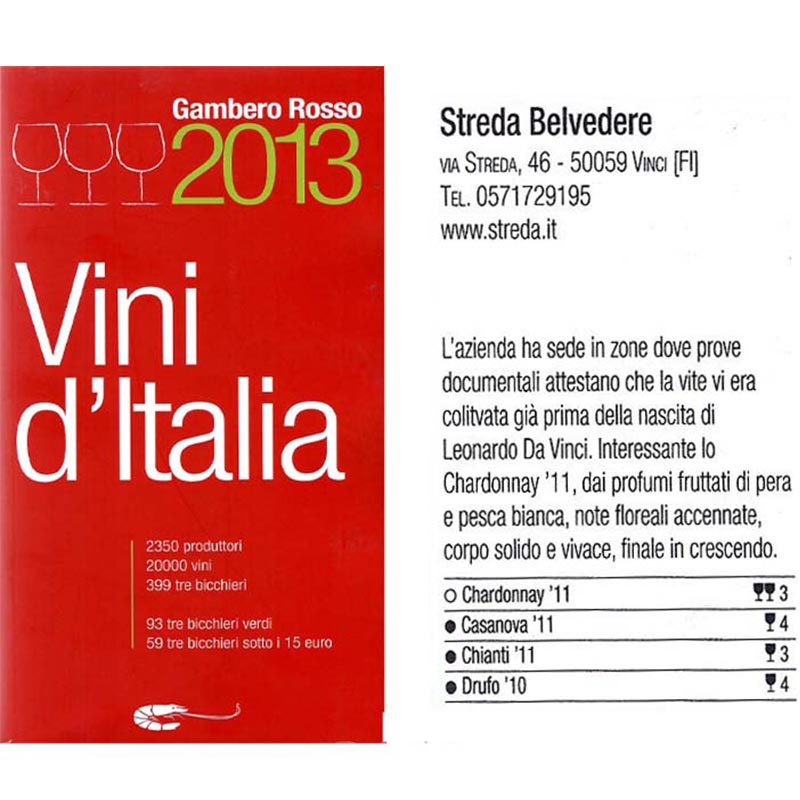 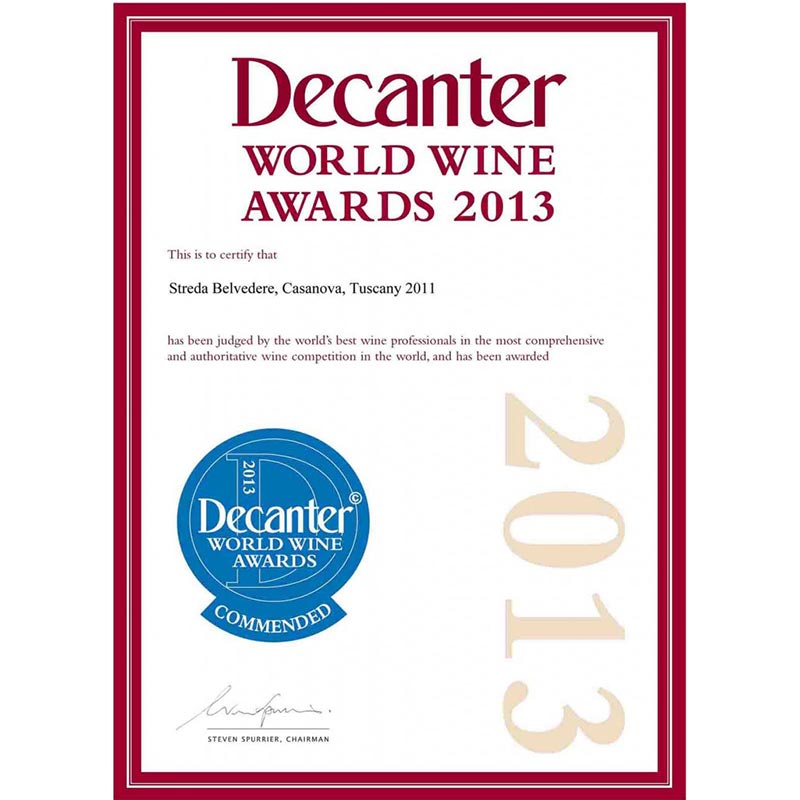 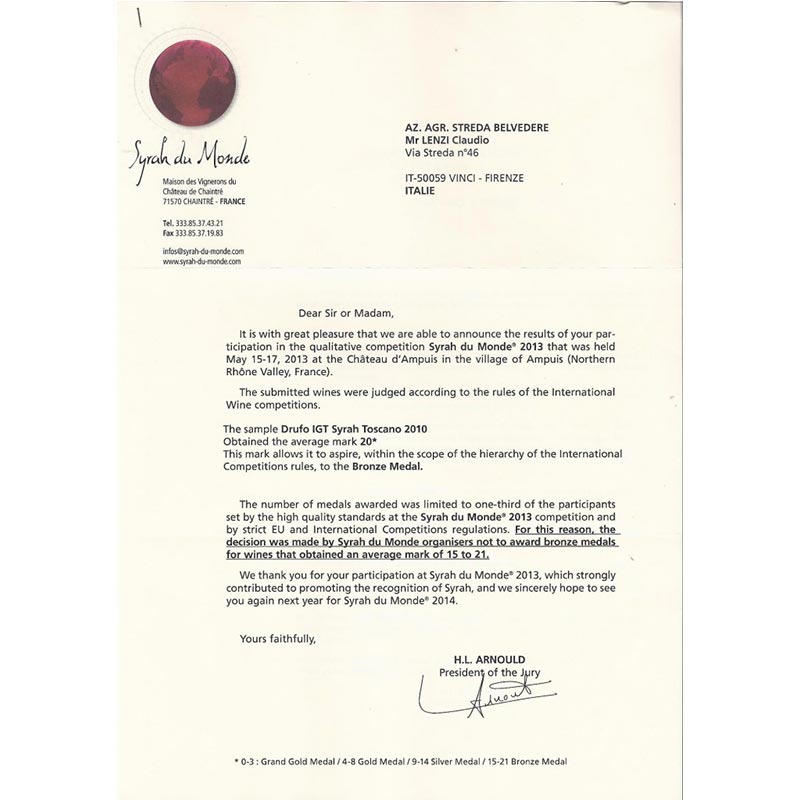 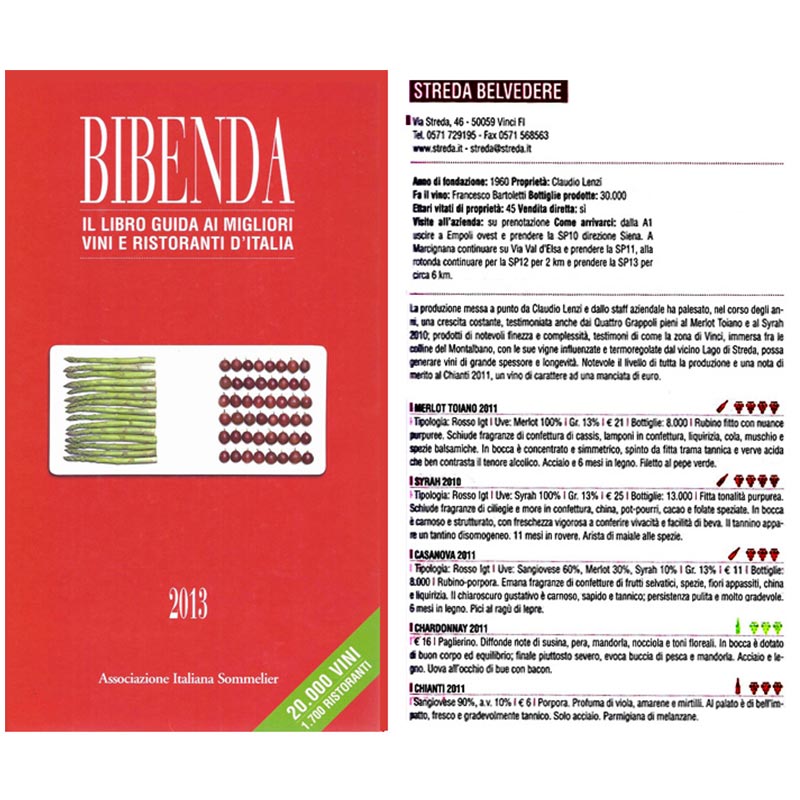 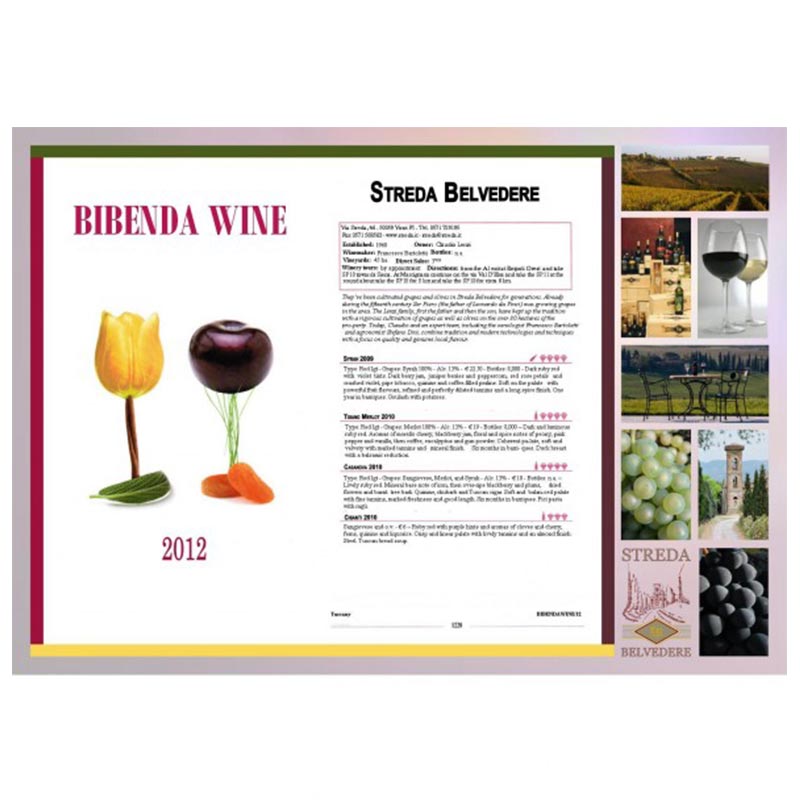 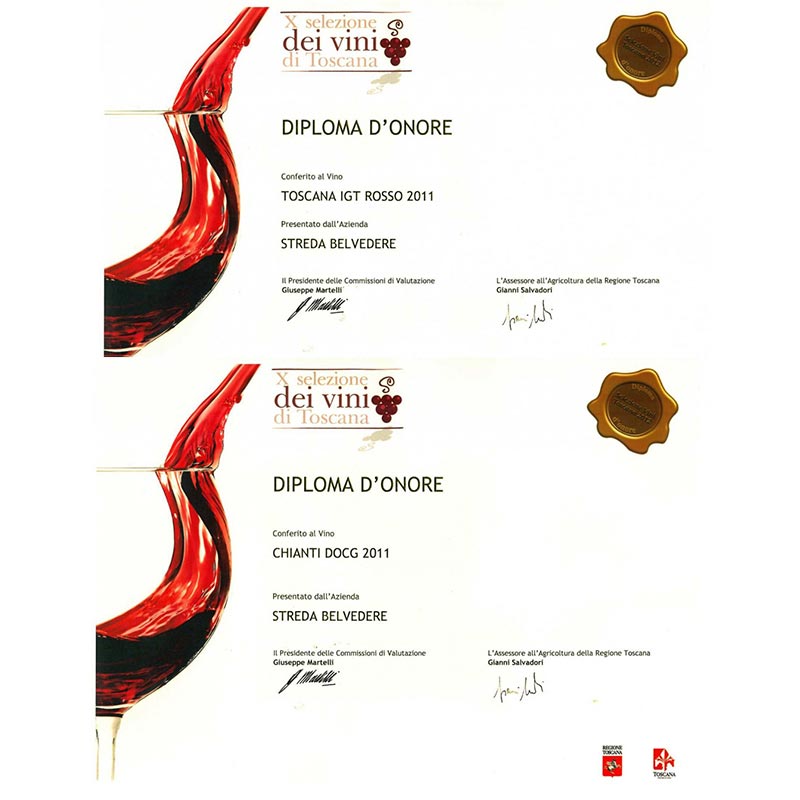 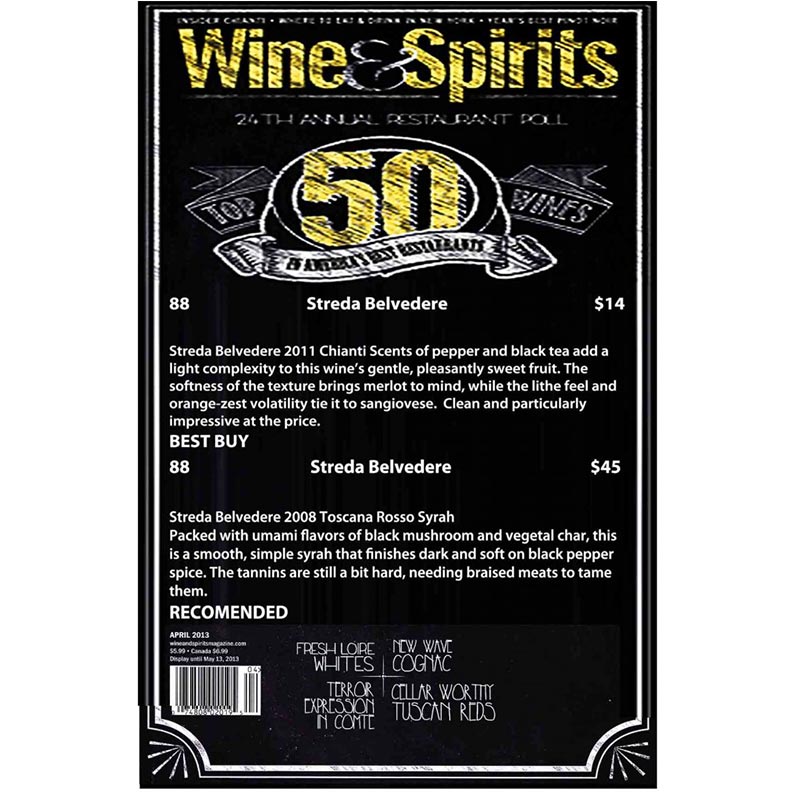 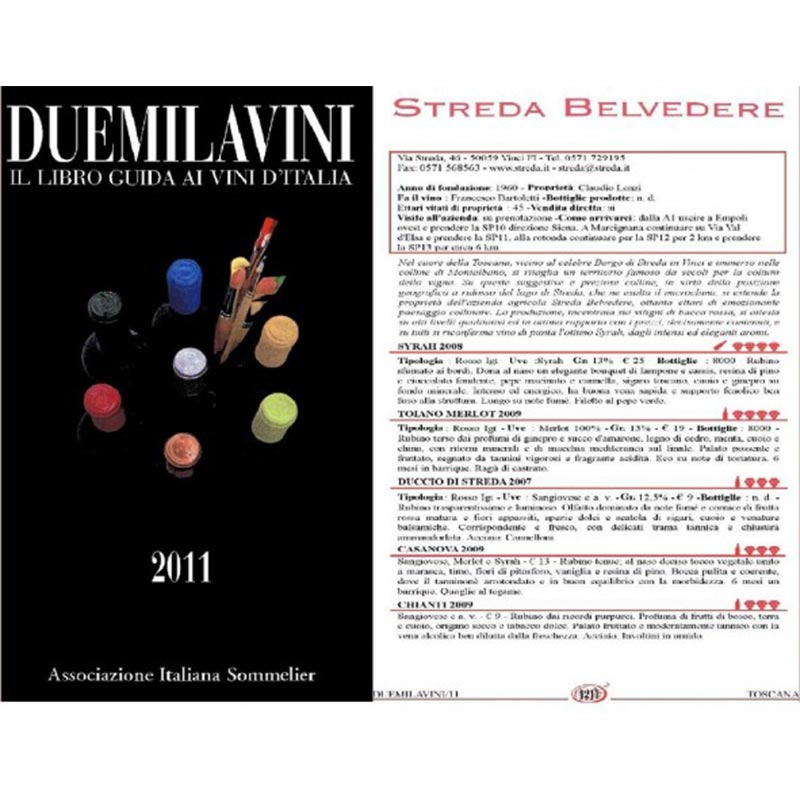 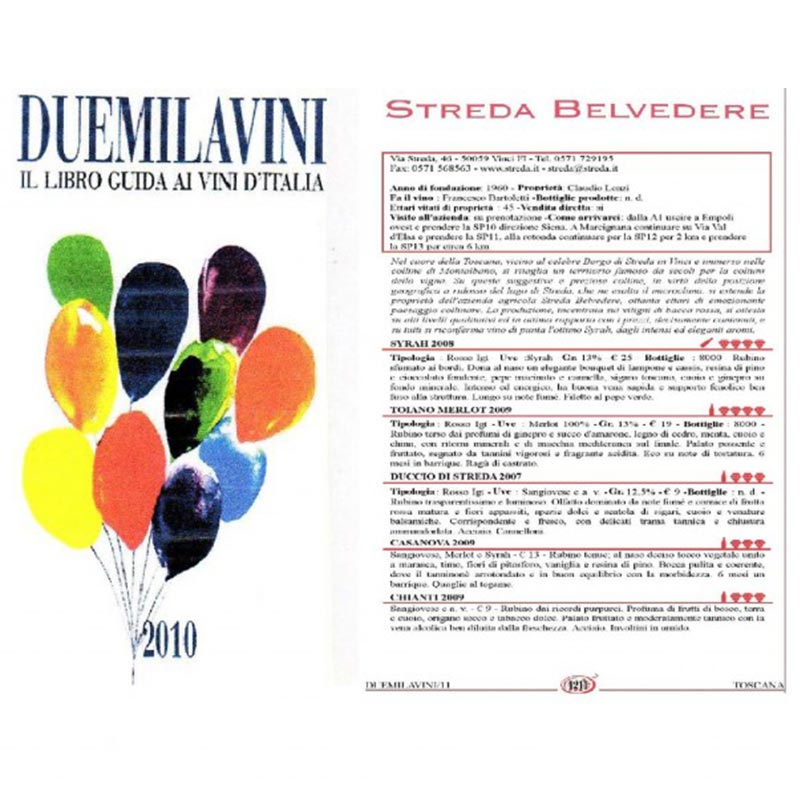 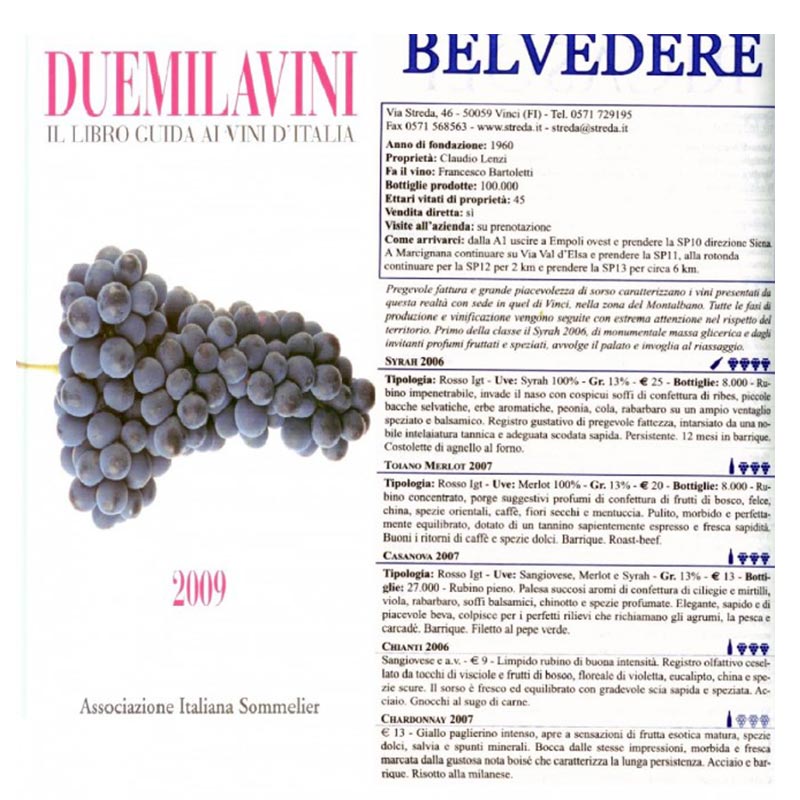 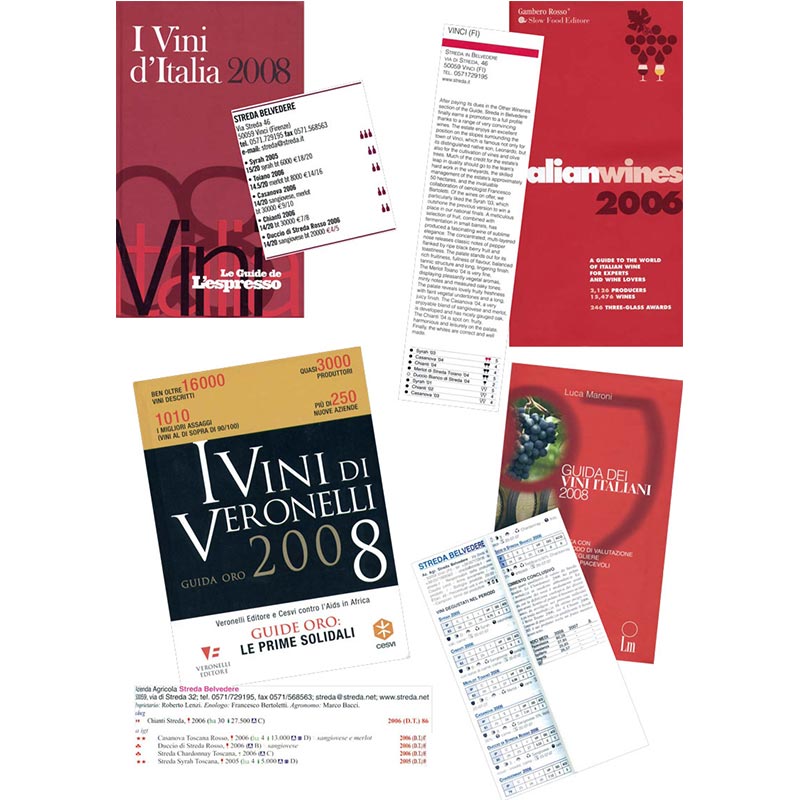